Awu is a massive stratovolcano on Sangir Besar, the largest of the Sangihe Islands, in North Sulawesi, Indonesia. Powerful eruptions in 1711, 1812, 1856, 1892, and 1966 produced pyroclastic flows and lahars which resulted in over 8,000 cumulative fatalities. Awu last erupted in June 2004.

Roughly 130,000 people live within a 50 kilometer radius of Awu (WorldPop, 2015). Nearby towns include Tahuna, Enemawira, Tamako, and Kalasoega. The only airport on Sangir Besar, Naha Airport, is roughly 8 kilometers from Mt. Awu.

OSM data is sparse for the towns and villages on Sangir Besar (Sangir Island). There are many featuers left to trace, as the Sangihe Islands are almost comepletely untouched by OSM users. 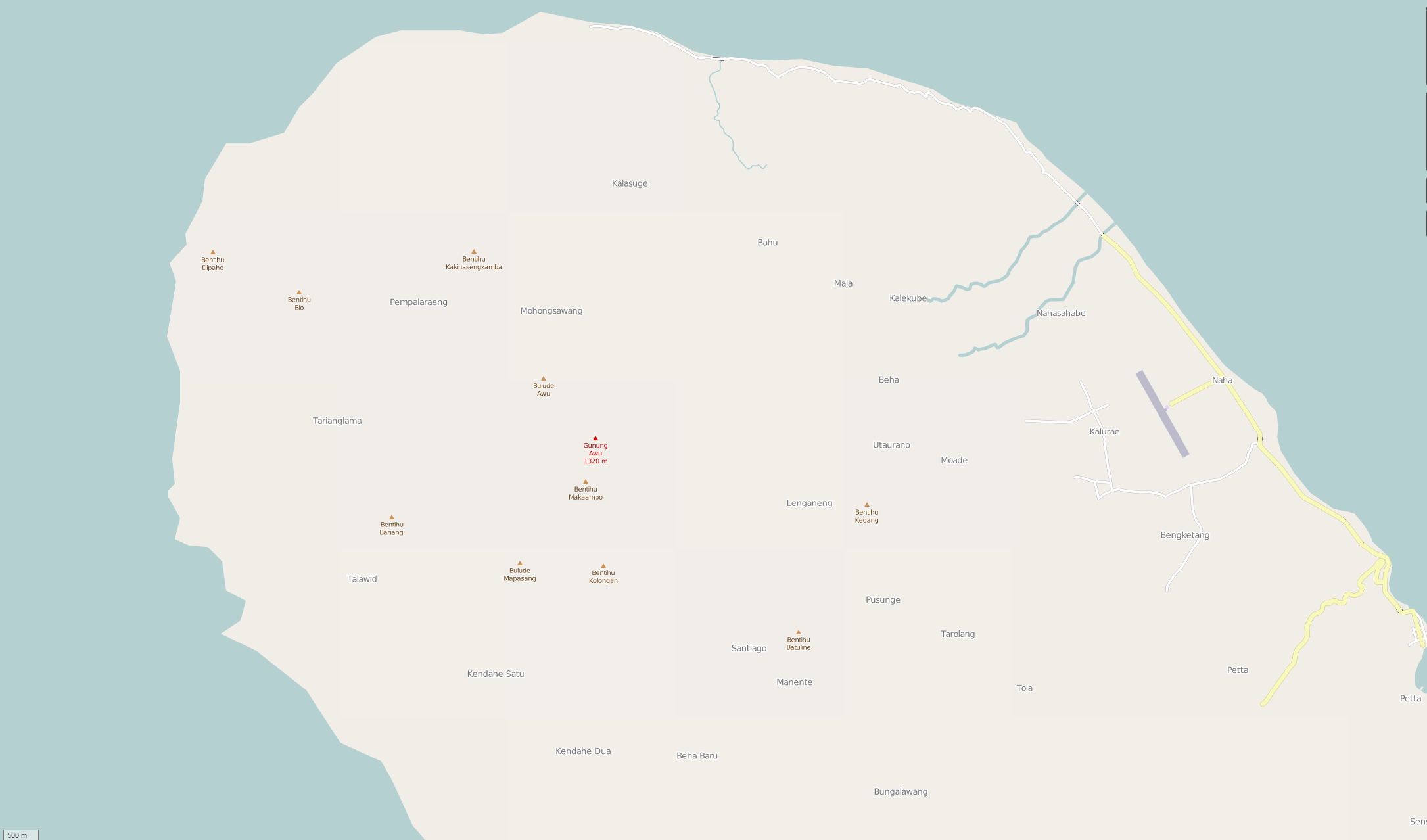