Raung is a 3,300 meter tall stratovolcano in East Java, Indonesia. It is one of the most active volcanoes on the island of Java, with over 60 confirmed eruptions since the first recorded eruption in 1586, which caused an estimated 10,000 fatalities according to a historical account (Willem Lodewijcksz, 1597.)

The most recent eruption was in June and July, 2015. Ash clouds reached a height of over 5,200 meteres (~17,000 feet) and disrupted flights at Denpasar International Airport in Bali.

Some work has been completed around Mt. Raung, but many more areas still need to be mapped. 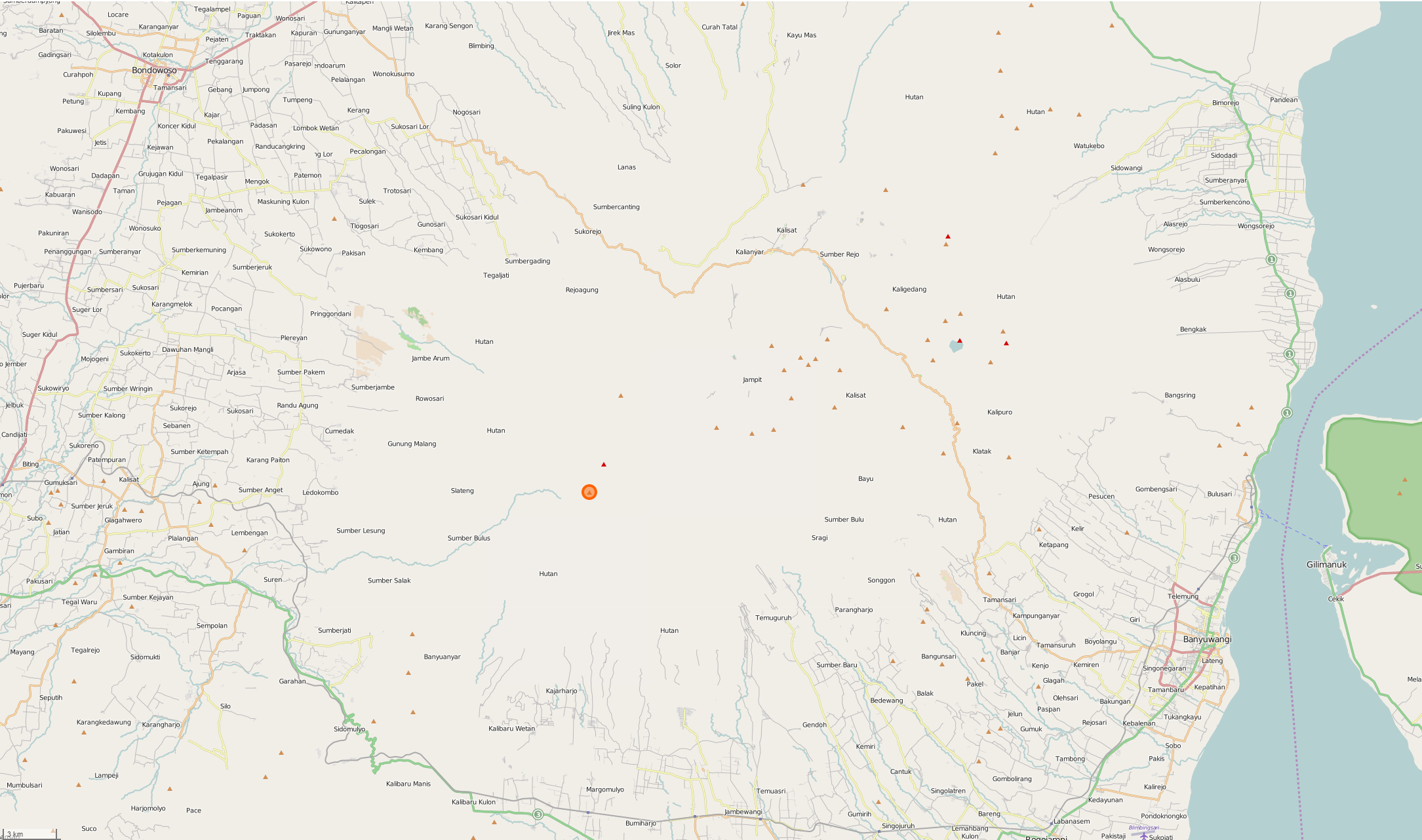