Sinabung is a Pleistocene-to-Holocene stratovolcano composed of andesite and dacite. Located in North Sumatra, this volcano is only 25 miles from the Lake Toba supervolcano. Outside its frequent activity and recent eruptions, Sinabung is known by its distinct look formed by many old lava flows.

Recent events include an eruption in 2010, with subsequent eruptions in 2013 and 2014. As of 26 June 2015 at least 10,000 people have been evacuated, as officials fear a major eruption. This delayed eruption of Mount Sinabung is similar to Mt Unzen in Japan, which erupted for 5 years.

2014 and 2015 were particularly destructive for the communities around Mt. Sinabung. In August 2016, more ash was expelled from Mt. Sinabung, shutting down roads and airports.

USAID/OFDA–with help from USAID’s Youth Mappers, have hosted an image tile to map Berastagi and Kabanjahe (east of Mt. Sinabung). Our main partners for this task are HOT Indonesia and the University of Vermont. 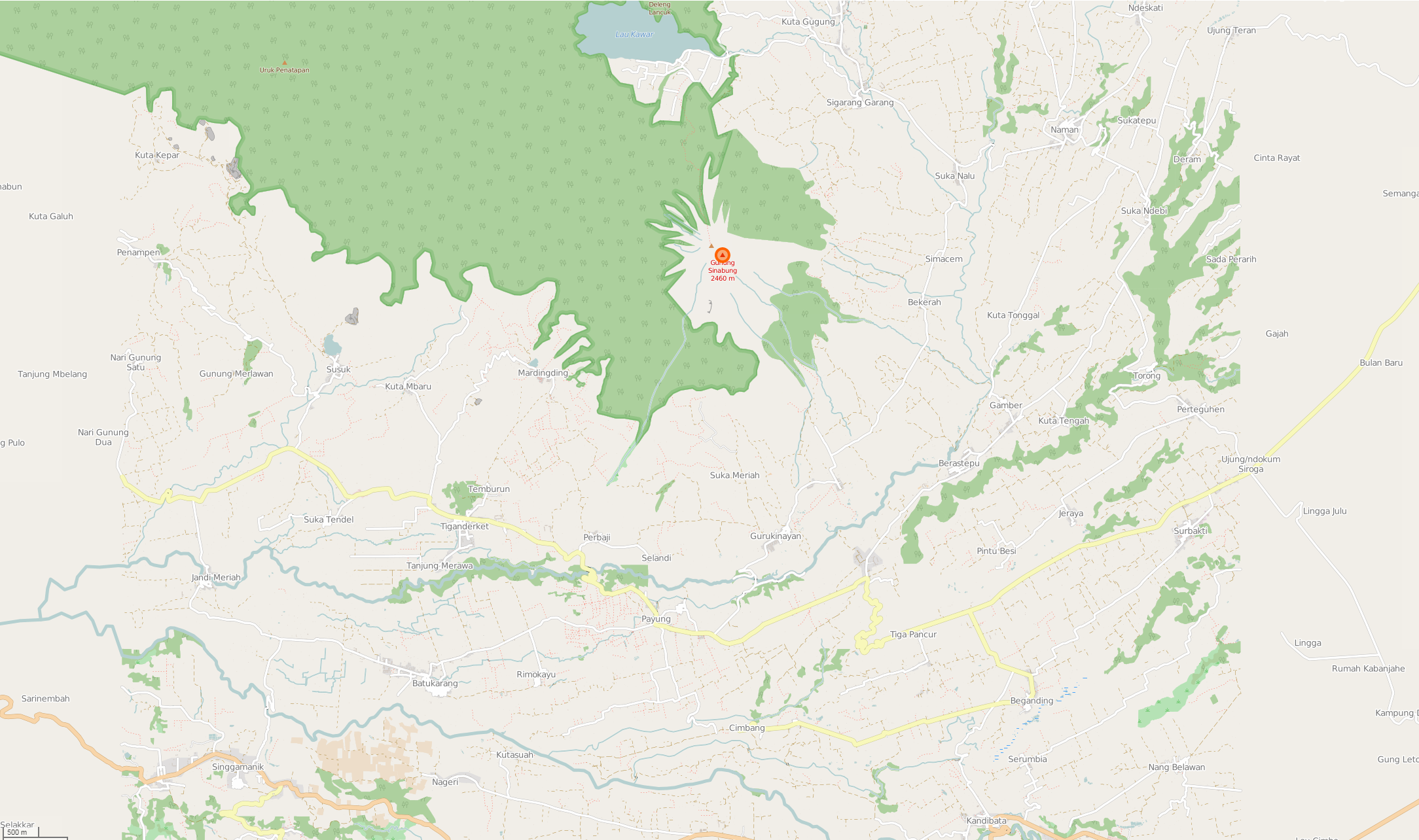