Karangetang is an active stratovolcano located on the island of Siau in North Sulawesi, Indonesia. One of the most active volcanoes in Indonesia, Karangetang has erupted over forty times since 1675, along with additional smaller undocumented events. Observed eruptions in the past century have featured explosive eruptions along with occasional pyroclastic flows and lahars. Six people were killed in a pyroclastic flow in 1996.

The volcano last erupted in May 2015, discharging lava, ash, and pyroclastic flows, which caused nearby residents to flee.

The inital task for Karangetang encompassed all of Siau Island. Users were able to map around 905 of the island. With updated imagery, we plan on creating a new task focused on tracing missing buildings and connecting the island road network. 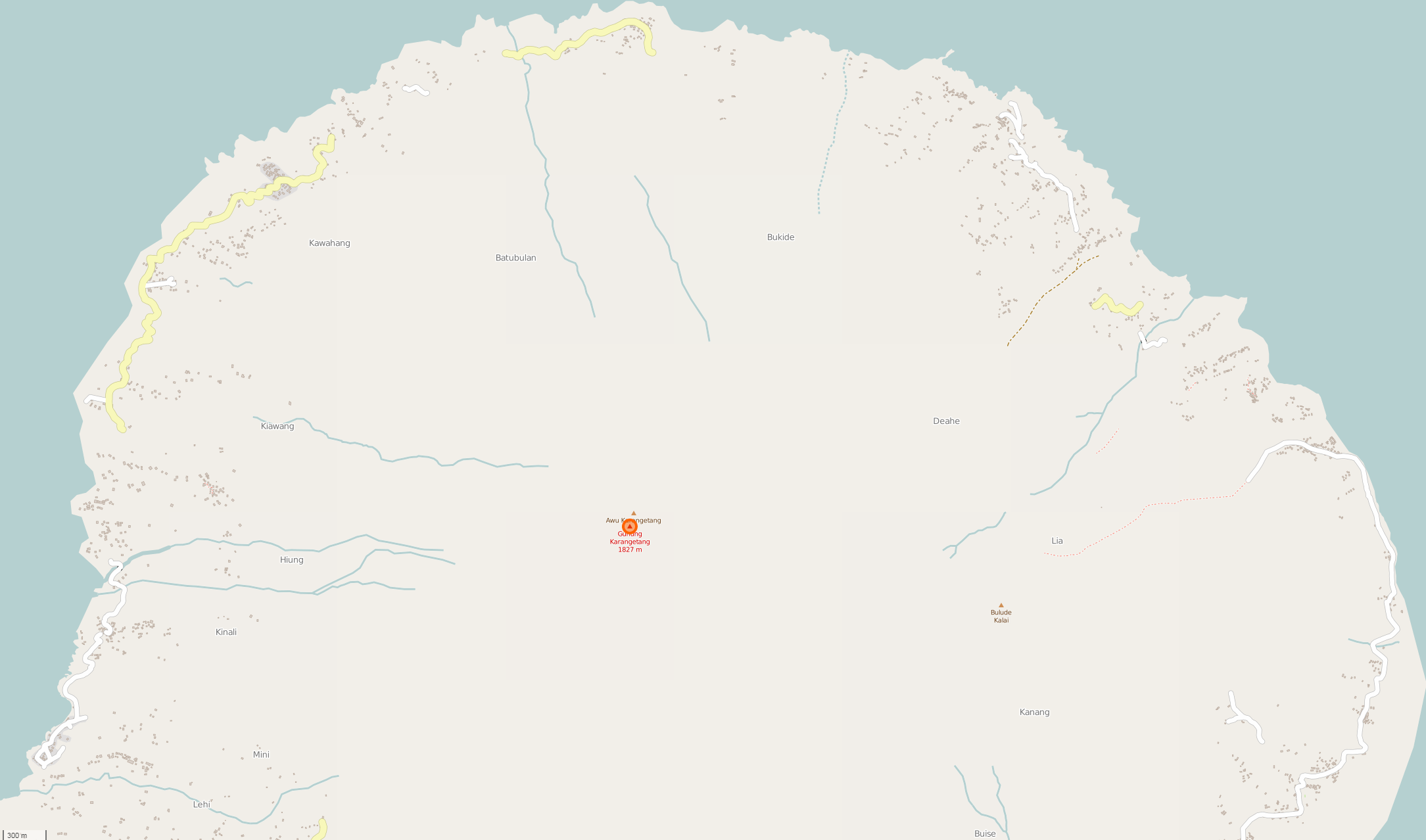