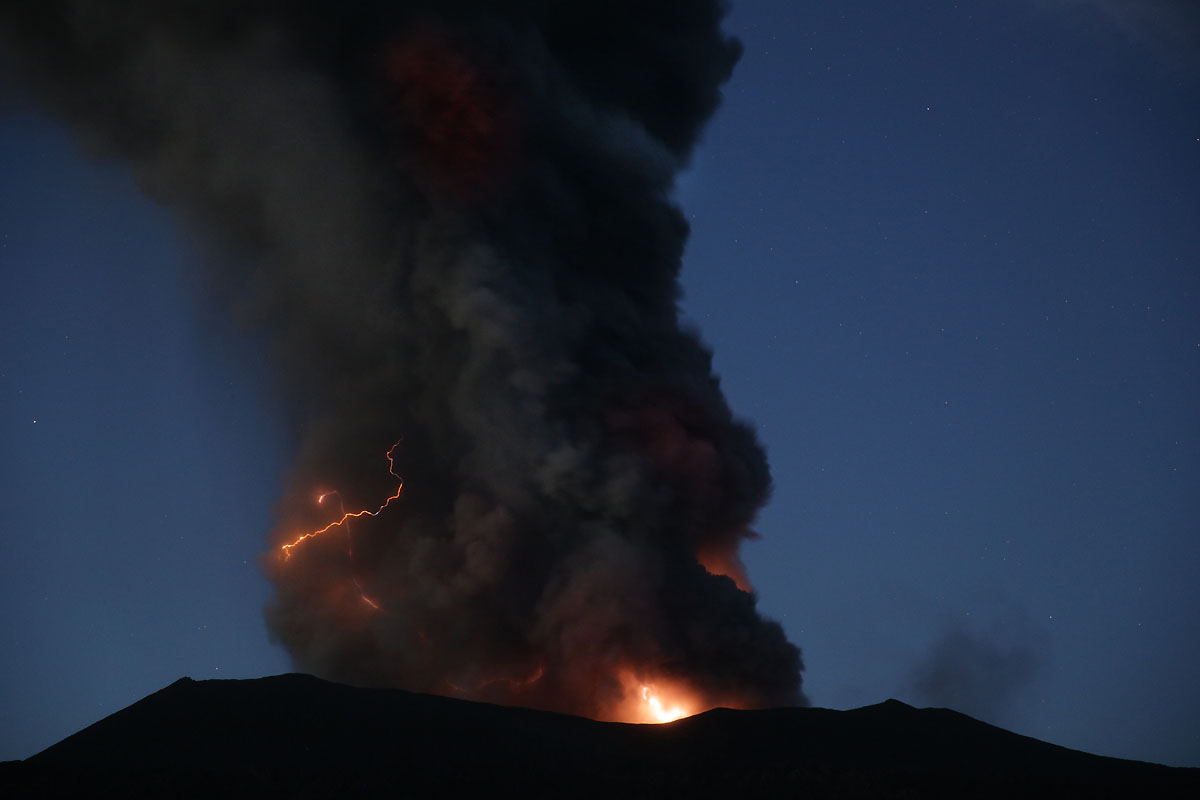 Dukono is one of Indonesia’s most active volcanoes. Located in the north of Halmahera in the Maluku Islands, it is low and broad with multiple peaks and craters. The largest recorded eruption in 1550 caused an unknown number of deaths. During this event, a large lava flow filled the strait between Halmahera and the north flank cone of Gunung-Mamuya. Since 1933, small explosive eruptions have been continuous, occasionally accompanied by lava flows.

There are roughly 130,000 people living within a 50 kilometer radius of Dukono (WorldPop, 2015). Nearby towns include Tobelo, Galela, Patja, and Kedi.

The road data in nearby towns is good, but tracing buildings, particularly in Tobelo, would be valuable. Any additional data created around the island would also benefit local communities. Areas of focus will be Tobelo, Golea, and Ruko. 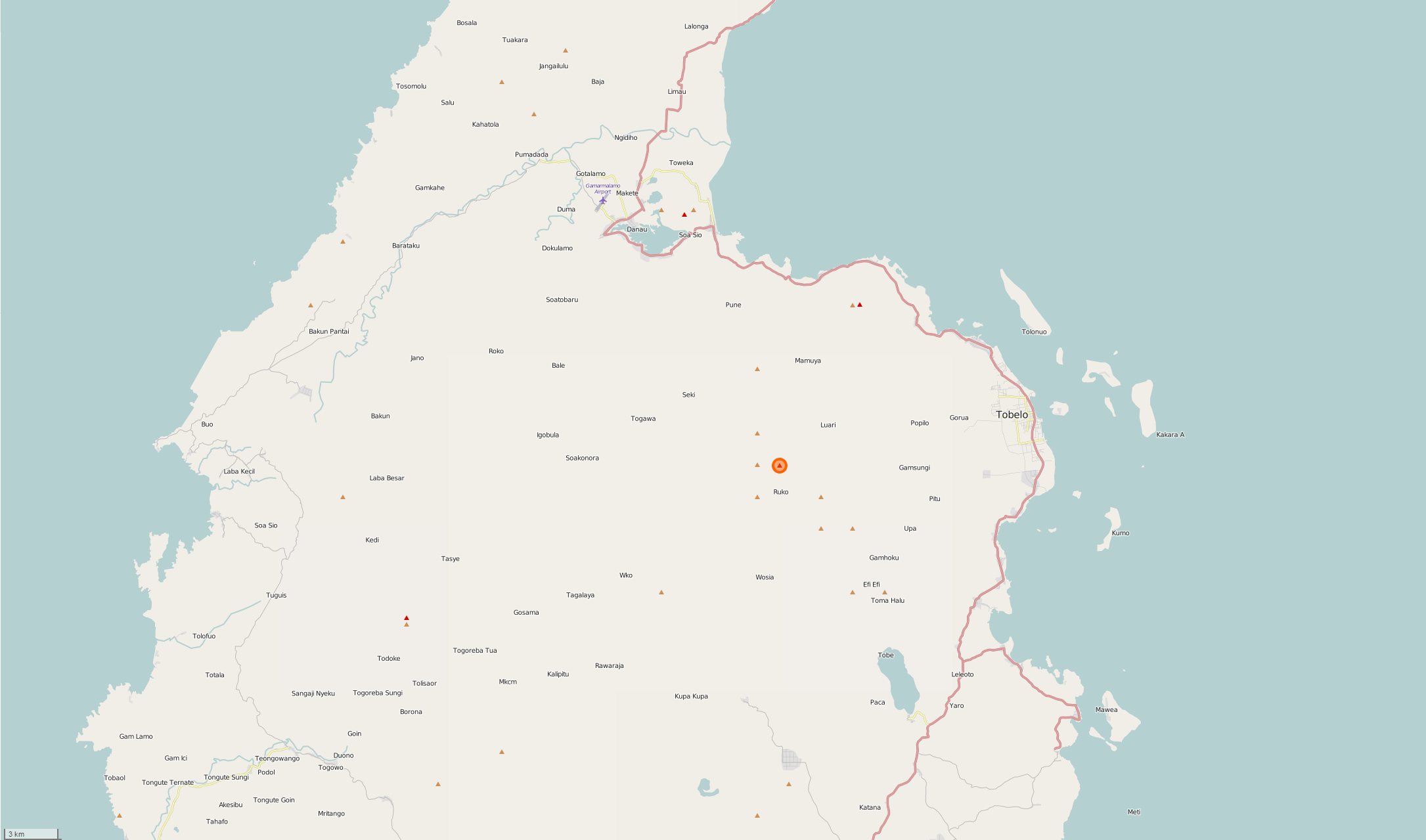