Paluweh (sometimes called Rokatenda) is a stratovolcano located on the small island of Palu’e. The volcano rises about 3,000 m above the sea floor, with its cone just 875 m above sea level. Typical eruptions include volcanic ash, dome collapses, explosions and pyroclastic flows.

The latest eruption occurred in August 2013, lasting for seven minutes and killing six Indonesians. Despite the risk, like many other parts of Indonesia, surrounding localities accept it as a part of their daily lives. This acceptance, along with being on a small island, makes mandated evacuations difficult at times.

Roughly 215,000 people live within 50 kilometers of Paluweh. Approximately 10,000 of these people live on the island of Palu’e.

Paluweh has finished an inital mapping task but remains a USGS/VDAP priority. Going forward, emphasis will be on updating current existing data. 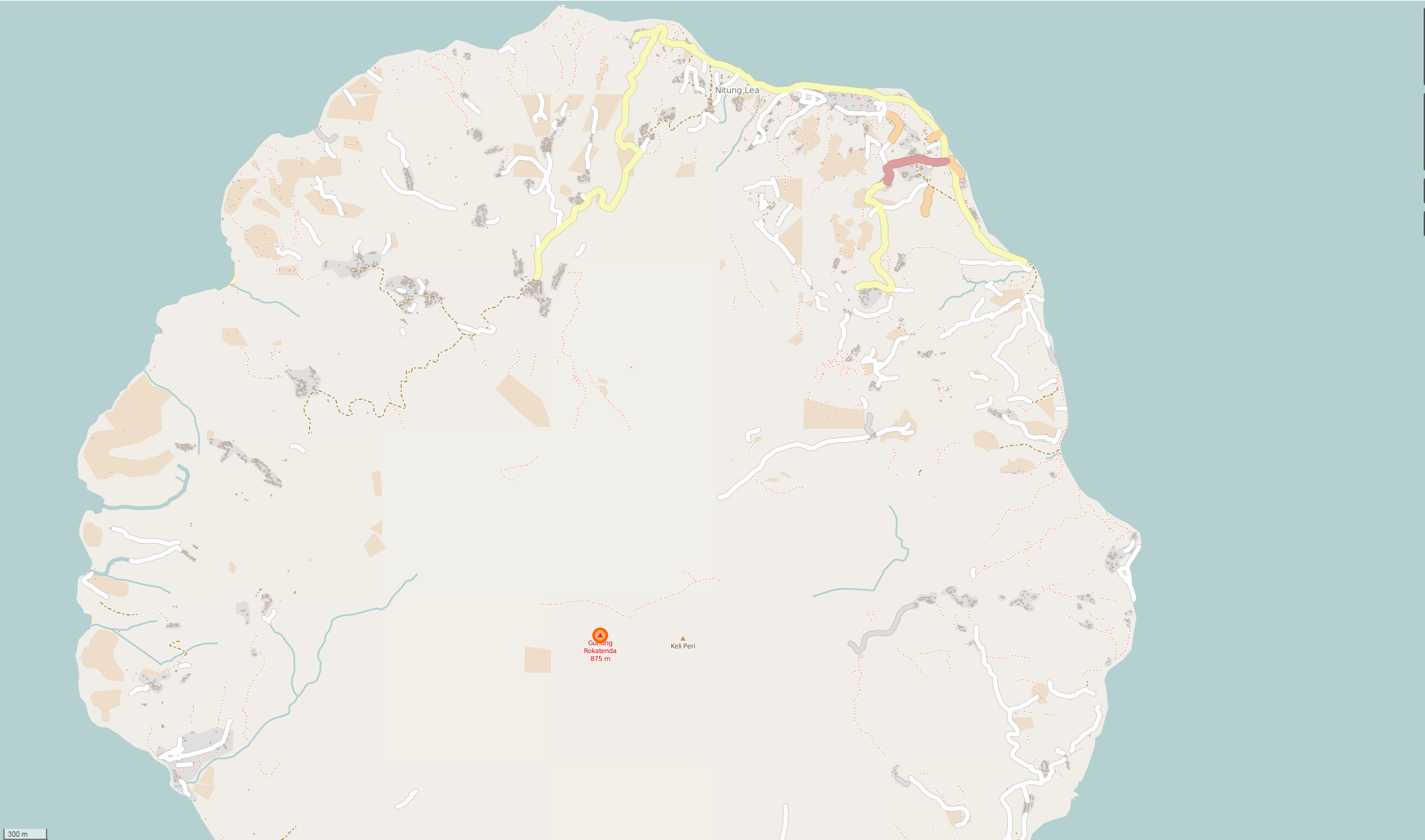