Gamalama is one of Indonesia’s 129 active volcanoes. This near-conical stratovolcano constitutes the entire island of Ternate in the Maluku Islands. Ternate City (Kota Ternate), the largest town in the province of North Maluku with an estimated population of 207,295 (2011), is situated on the base of Gamalama. Roughly 310,000 people live within a 50 kilometer radius of Gamalama (WorldPop, 2015.)

Considered one of the “Spice Islands” of Maluku during the precolonial era, Ternate Island was the world’s single major producer of cloves, giving dominant political and economic power to the island. Thus, the sultanates on Ternate were historically some of the wealthiest and most powerful in the Indonesian region.

The wealth and power also brought the occasional local conflicts with neighboring sultans, and certainly attracted various Europeans to their doorstep, beginning with the Portuguese, followed by the Dutch, Spanish, and British – with whom alliances were created or negated depending on the whims of the sultan. Sultans often traded regions on Ternate for foreign military advantage. Of the various foreign governments the Dutch (Dutch East India Company) maintained the most foreign presence and power in the region, even when the spice trade declined: mostly to prevent any other colonial power from occupying the area.

During World War II, Japanese forces occupied Ternate, but left after the war ended – leading Indonesia to declare complete independence from all occupying forces in August 1945. However, in November of the same year, Ternate was again occupied - this time by the Allied Forces - with the intention to return Indonesia to Dutch control. Ternateans had to patiently wait until 4 years later for their complete independence: the UN formerly acknowledged Indonesian Independence on December 27, 1949. For an interesting read on the cultural juxtaposition of the independence from foreign governments within a region containing existing sultanates, see this LINK.

Today, the interesting history of Ternate Island combined with its gorgeous geography brings many tourists to its shores: people can learn about the past and hike up a volcano all in the same day.

Gamalama, also known as the Peak of Ternate, has had twelve recorded eruptions since 1608. A major eruption in 1775 cost an estimated 1,300 lives. Most recently, an eruption in December 2011 forced thousands of the island’s residents to flee. Vulnerable communities include Ternate Jambula, Tahua, and Dojado.

Very little has been mapped around Mt. Gamalama and Ternate Island as a whole. Existing data is several years old and seem to be part of a general road batch-import. Ternate Island does not have good public imagery, making it difficult for volunteers to contribute anything of value. We have partnered with MapGive to host imagery so that volunteers are better able to generate infrastructure data. 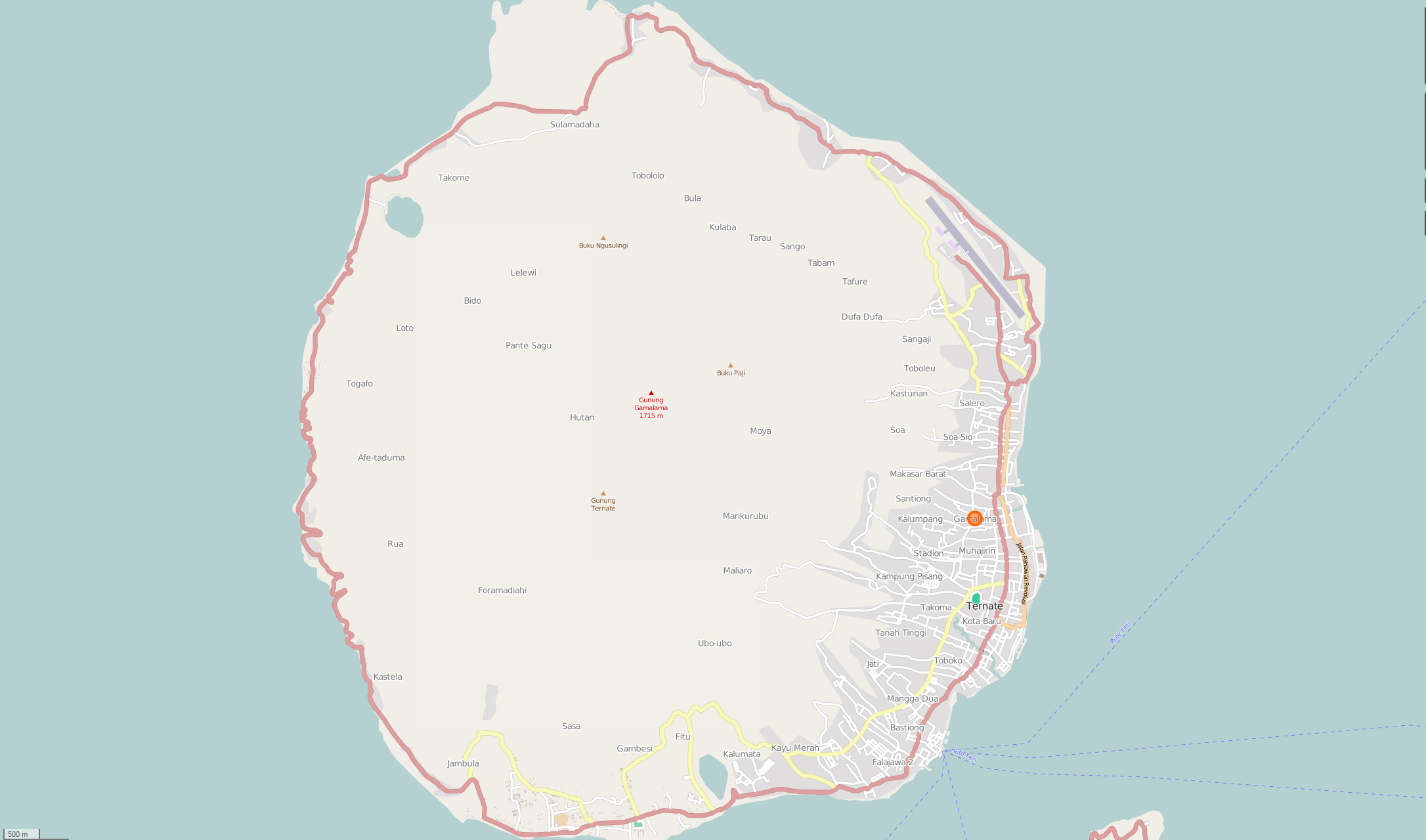 A majority of the task data was created during a mapping event hosted by George Mason University (GMU). This one day mapathon included over 100 volunteers from GMU, Northern Virginia Community College (NOVA), and local high schools. During the event, volunteers created 135,187 nodes, 16,735 buildings, and 739 roads were created. Since then, follow-up work has totalled 45,000+ buildings, 1,000+ roads, 10+ streams, and 20 bridges. 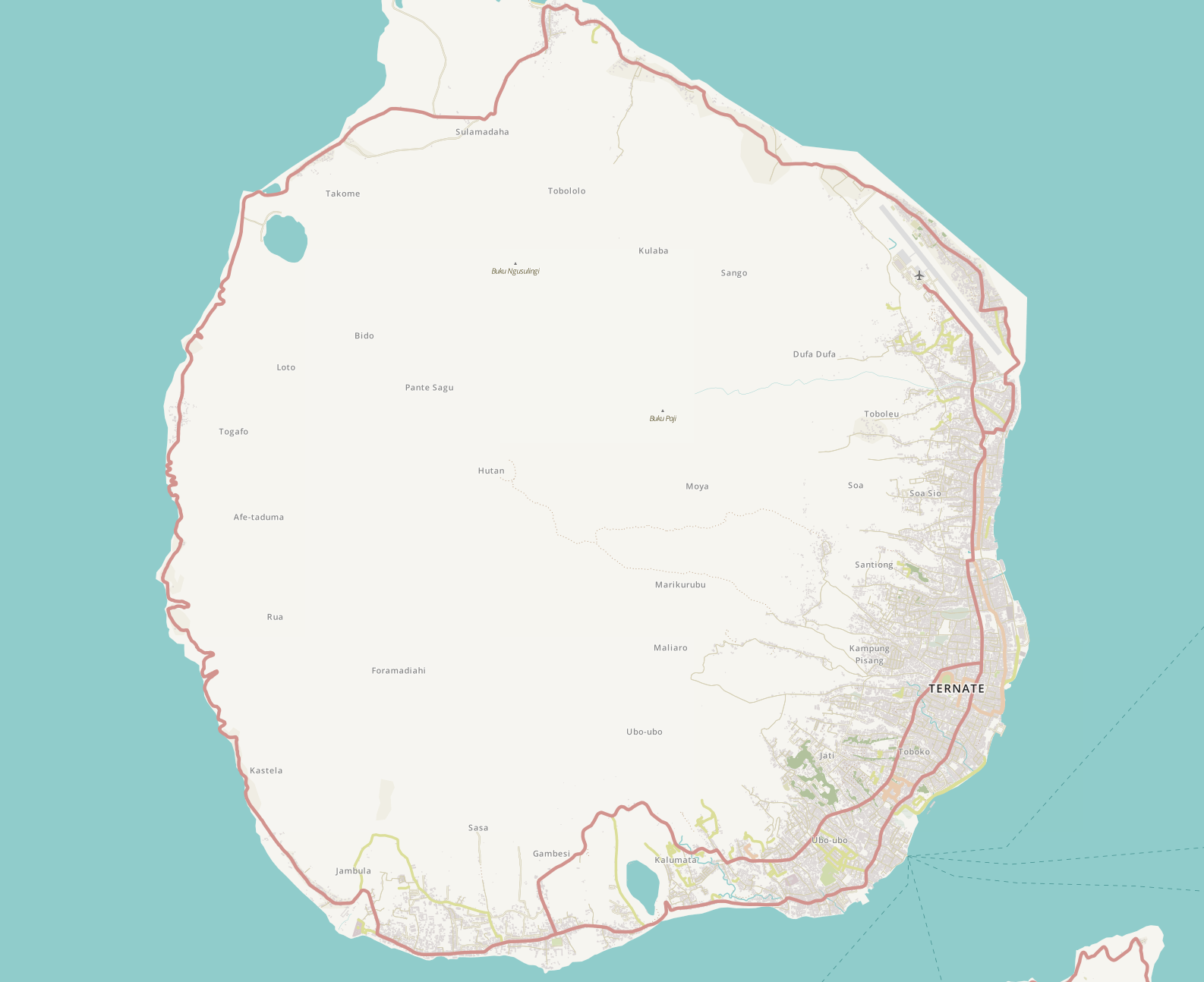 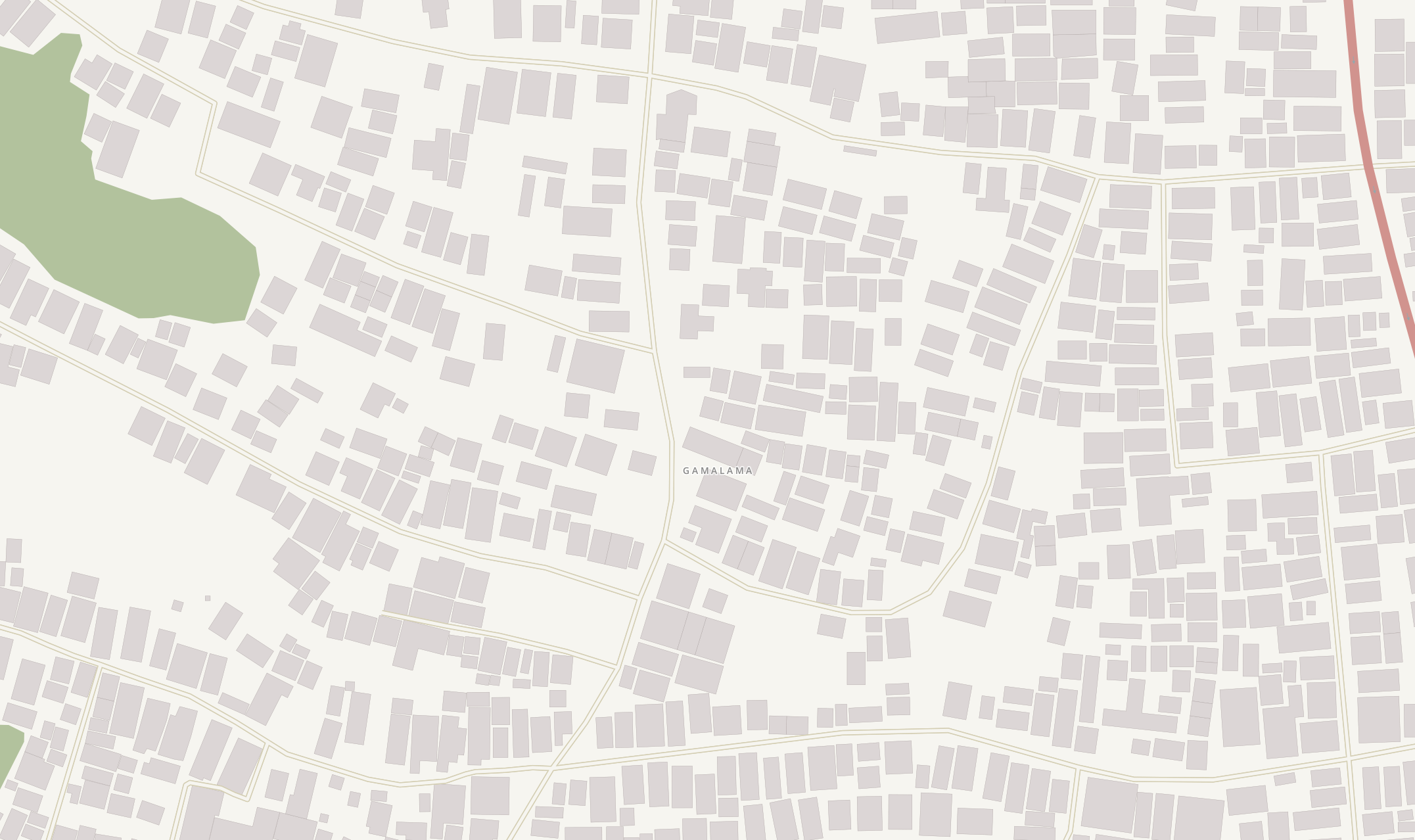